“The Way to Easter”

During this past Palm Sunday’s sermon, Dr. Norfleet said, “You cannot get to Easter - in all its unspeakable hope and joy… without going down into the pit of despair over the brutal reality of death.” As a lifelong church musician, I treasure the journey that takes place between Palm Sunday and Easter. While it is a difficult journey, by annually recounting Christ’s final days, Easter’s abounding hopes and joys are simply more breathtaking. 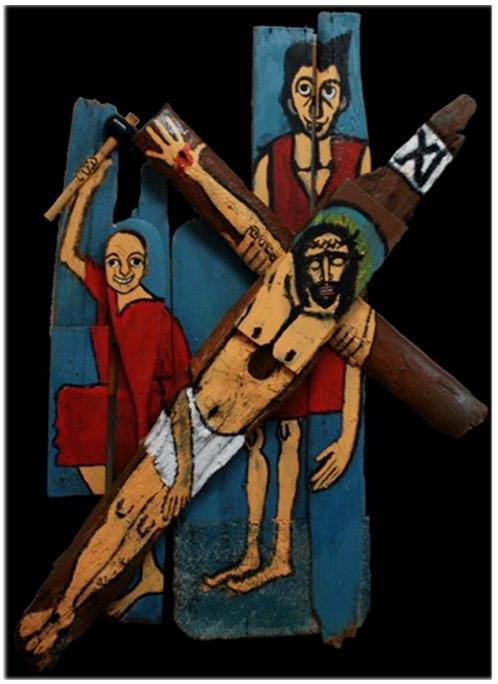 One of the most powerful journeys a believer can take this week is that of the 14 Stations of the Cross. An avid visitor of churches ancient and new, I especially enjoy visiting historic Catholic churches. Most Catholic churches contain Stations of the Cross that are mounted around the perimeter of the nave. Often one might only see a Roman numeral or simple plaque indicating the station. But occasionally you’ll encounter remarkable artwork that depicts the individual stations. They might be intricate woodcarvings, Renaissance paintings, or even depictions in stained glass.

Walking around these naves, pausing to reflect before each Station, one walks in Christ’s footsteps. We encounter Simon of Cyrene as he helps Christ carry the cross. We watch Veronica bath his face. We feel helpless watching Mary see her son in agony. We see Christ stumble, not once, but three times. We see his death and we see his body carried to the tomb. We see our role in this story as well, and it makes us uncomfortable.

Earlier this week I devoted one of my practice sessions to the 11th movement, where Christ is nailed to the cross. In this movement the composer, Marcel Dupré, depicts the agony of nails being driven into Christ’s hands and feet with tortuous rhythms that are played by the hands and treacherous leaps that are played by the feet. At the top of the third page, I struggled repeatedly to cope with it all. I was ready to stop and catch my breath when I was overwhelmed by the privilege of using my hands and feet to convey something of the crucifixion of Christ.

That 11th movement, filled as it is with vivid scene painting, is echoed in the other 13 movements of Dupré’s Les Chemins de la Croix (“Stations of the Cross”). In this vast tableau of Christ’s final hours, Dupré conveys an astonishing array of emotions through melodic ideas (similar to Wagner’s leitmotivs), dense and colorful harmonies, intricate rhythmic devices, and a breathtaking use of all the sounds that a pipe organ can make. One hears the clamoring crowds, the pain of a mother seeing her son in agony, the hesitant march of a dying man carrying a cross, the pounding of nails, and yes, even an earthquake.

By the end of the work, one realizes that the only path to Easter is by this path. You cannot get there directly from Palm Sunday.